IELT recently welcomed two new research projects in the area of Digital Humanities, Romanceiro.pt and Garrettonline, both dedicated to the edition, preservation, study and scientific dissemination of the Romanceiro.

Romanceiro.pt is a digital platform that hosts several projects for the study and dissemination of the Iberian ballad in Portuguese language, among them the Garrettonline project, which proposes to make available a digital critical-genetic edition of Almeida Garrett’s Romanceiro, using manuscripts and expanding the corpus of the romantic editor.

Portugal was the first country to possess a large inventory of a ballad tradition and with it new philological methodologies have been outlined in academic works. Romanceiro.pt contributes to an organised vision of this poetic form in Portugal, digitally representing the Portuguese oral tradition, allowing access to the versions as well as to the methodologies and working tools of digital philology.

The construction of archival editions is rare in the context of the Portuguese philological tradition. The work developed by Garrettonline, through the availability of the digital critical-genetic edition of Almeida Garrett’s Romanceiro, is based on that concept and is equipped with different tools of digital philology, functioning as a possible model to be replicated in other classic works of Portuguese literary heritage.

The scientific responsible for both projects is Sandra Boto, researcher hired under the Individual Call to Scientific Employment Stimulus (CEEC), with the project From the past to the future: the platform of the Portuguese expression folk balladry. The researcher is currently developing her work at IELT, which consists of the development of a digital platform of the Portuguese language romanceiro. 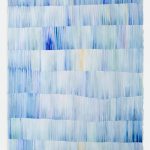 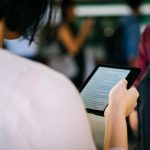